It has taken me years to learn that no matter how many times I draw my little comic pictures, which I’ve been doodling since I was a kid, I am not an artist. Limited by well-honed procrastination techniques (see this blog), my design technique is to ‘craft’ images by any media/means necessary to express my design ideas. Understanding that I’m a craftsman has made it easier for me to convey my ‘design thinking’ to others. The following is my design process… for better or worse! 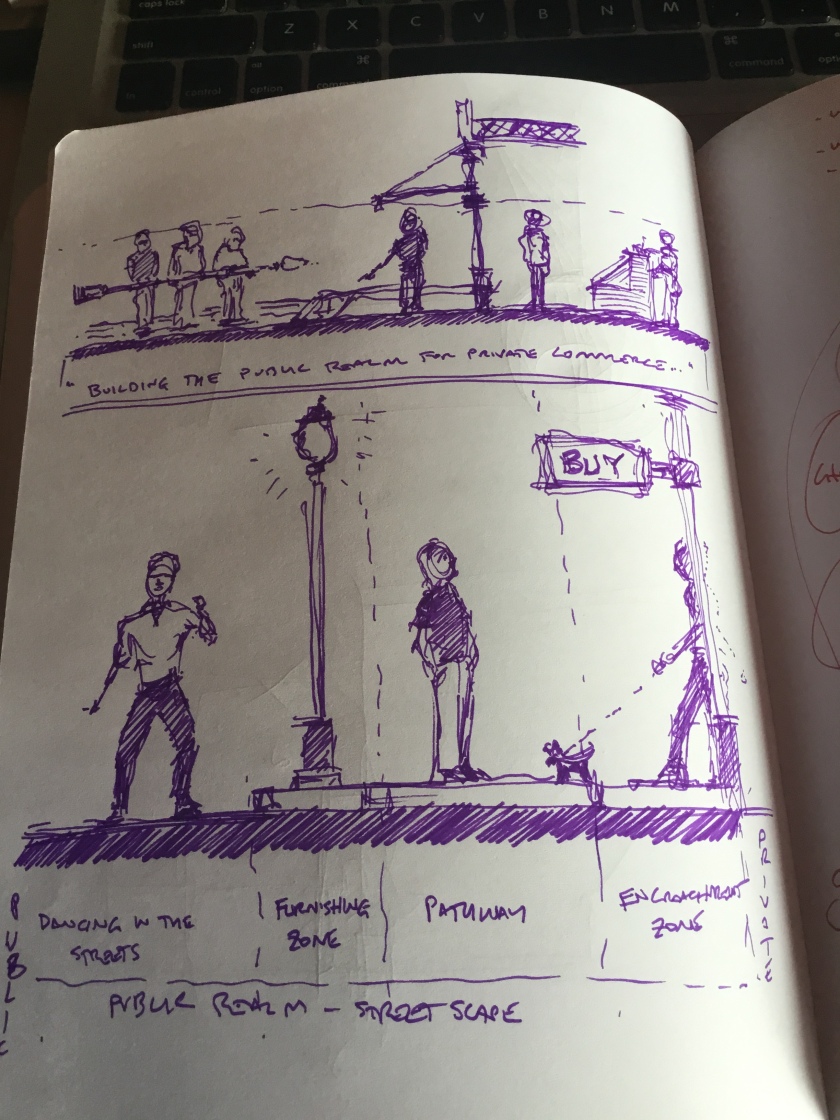 My cartoons sketches, as good as they will ever get, are unlike Geoff Dyer‘s drawings, as I continue to learn how to move from cartoon to a publishable illustration.

The duality of life… life/death, sun/moon, light/dark, man/woman, formal/informal, yen/yang, etc… is an inherent basis for my design approach.

As Viennese architect Camillo Sitte wrote in 1889, the distinction of these dual powers is found in the Temporal realm (political) and the Spiritual (religious) realm. These require distinctive public centers, such as the Public Forum/Agora, Market Hall, Temple/Church Square, and Manor Palaces/City Halls. Leon Krier further identifies that our neighborhoods (res Civitas), and their resulting character, are defined by a public realm (the street, square, and civic buildings – res publica) in relationship to our private realm (blocks, yards and building – res economica). And, Andres Duany’s brilliant planning and design tool, the Transect, distinguishes the gradations between nature and the urban core. These truisms set the context or parametric for how I begin to design a place.

The duality of designing places begins with the assembly of two components. The first is man-made geometry (the circle, square, and triangle are not found in nature), and the second is crafting these shapes towards a specific location’s cultural values. Geometry equates to the project’s spiritual aspiration and higher purpose. When applied to a local culture’s memory and expectation it provides the design an emotion or accent. How ‘local’ you apply these shapes shifts the design from either a more formal classical pattern or towards a more local vernacular or dialect.

The story told by the above language is the design’s ‘Controlling Purpose,’ (per Frederick Law Olmsted), ‘High Concept,’ (per J Mays), or ‘What’s the Big Idea!‘ (per Frank Wolden). And then everything else plays a supporting role to the big rational idea. This is when the project moves from diagrams towards design.

As a child I enjoyed drawing. As a New Urbanist, my design aspiration is beauty, to improve the quality of people’s lives, and connect us with places that we feel good in. This agrees with Aristotle who summarized every principle of city building with: “A city should be a built to give its inhabitants security and happiness.”

I agree with JMay’s that beauty is revealed in the further refinement of proportion (scale/intensity), line (flow), and shape (form)… in that order of importance.

A correct proportion is determined by the project’s aspiration, role, and character as expressed in a locale’s memory and expectations. The line leads the project’s ‘flow’ and the form/shape expands from the line (See Renzo’s image below). A favorite quote on lines from ‘The Education of Henry Adams‘ is: “He knew the artistic standard was the illusion of his own mind; that English disorder approached nearer the truth, if truth existed, than French measure or Italian line, or German logic.” 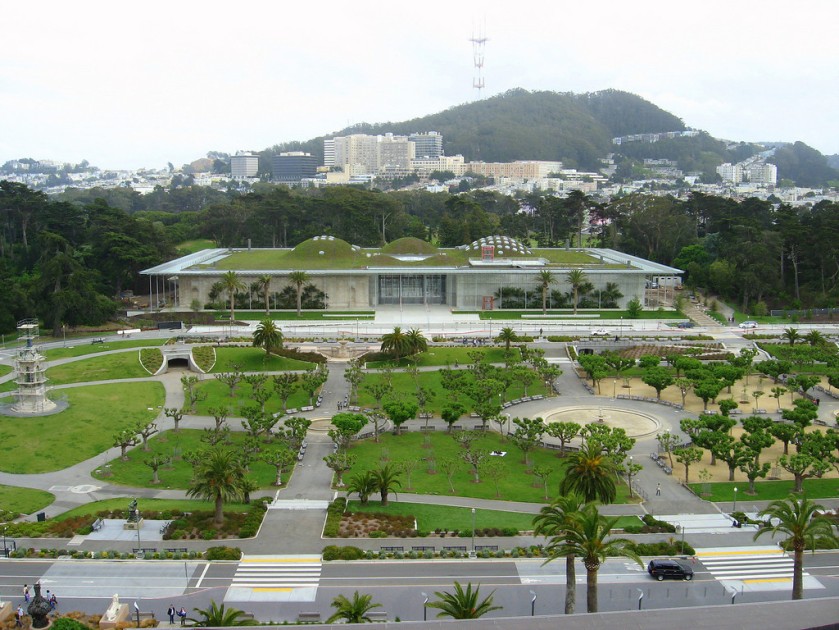 Following this yen/yang big picture thread, Leon Krier once said, “All it takes is just one wiggle…” to make a tremendous difference in making a great place within a monotonous grid of US west city streets. Leon tends to lean towards a less formal ‘flow,’ much like my other design hero Geoff Dyer. And, I understand that I lean towards a more formal ‘flow’ starting with a grid pattern and deviating only stubbornly during the public charrette.

Another helpful design tip came from Andres Duany, who encouraged me with, “Don’t get in the way of the flow,” and allow the local context to tame my classically ordered street patterns.  And finally, Liz Plater-Zyberk, Andres’ partner, wrote that ‘Urbanism is the tension between two buildings,” as that tension gives ‘life’ to these two forms. Indeed.